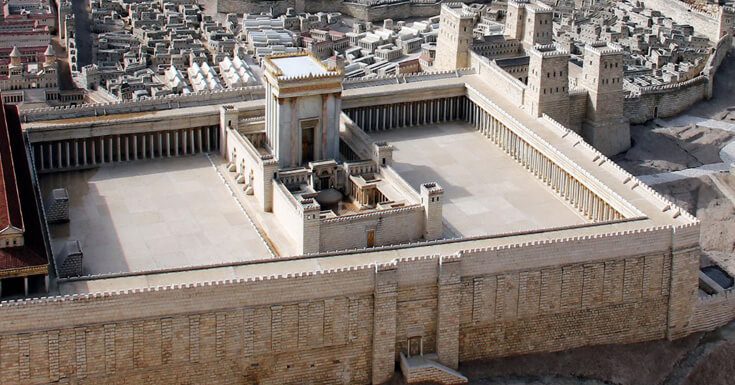 The latest archaeological excavations In Jerusalem have brought a new discovery that could lead to a dramatic turning point in the search for the treasures of the Temple.

Close to the small Siloam Pool in Jerusalem a far larger pool has been uncovered, with hewn stones from the Second Temple period, broad steps to ease the descent to the water, grand gates of chiseled stone and more.

The identification of the large pool with the Siloam Pool fits in with the role of the Pool at the time of the Second Temple, when it served as a place of purification for thousands of pilgrims before they went up to the Temple.

This contrasts with the narrow and constricted space at what was previously considered the site of the Pool.   To the researchers’ delight, under the new pool they found an additional pool, from the First Temple period, which makes the new finding even more plausible.

They believe that the steps located near the large pool are the steps used by King Zedekiah in his secret flight from Jerusalem, before he was captured and imprisoned in Babylon.

A Tunnel Leads to the Temple Mount

Another exciting discovery from the same excavation is a small tunnel leading to a small, intimate place of immersion, reached through a gate of hewn stone.  The assumption is that this was the place of immersion and purification of the High Priest, before he went up to the Temple.

The place is described in the Mishnah in connection with the High Priest Ishmael ben Elisha.  Next to the purification enclosure a narrow tunnel was uncovered, which was found to be part of a system of tunnels under the Temple Mount.

For legal and political reasons, the researchers are unable to continue excavating this tunnel towards the Temple Mount, for fear that such excavations would lead to unrest among the Muslims.  However, the introduction of optical fiber has confirmed that the tunnel continues right under the Temple Mount!

The researchers continued to examine the area with technological means, and found proof and indications that metal objects are located further into the tunnel. Could these be the treasures of the Temple???  Time will tell. 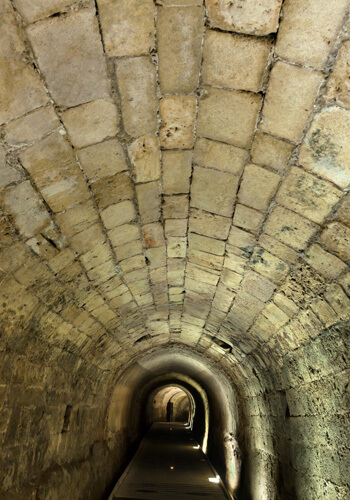 "The Da Vinci Code” Comes To Life in Jerusalem