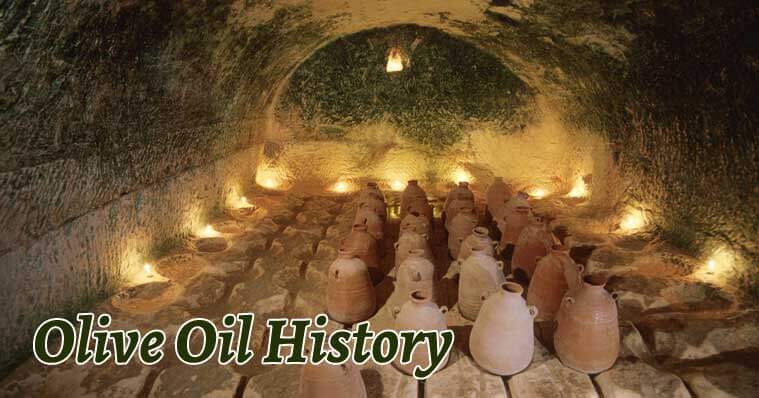 Throughout history, and to the present day, olive oil has been considered the most excellent type of oil. Olive oil played an important role in the material culture in the land of Israel and in ancient Hebrew culture.

Olive fruits provided the rich and poor alike with oil for cooking, lighting, cosmetics, and medicine, and for anointing prophets and kings (Judges 9:8-9). It was, with grain and wine, the third great product of the Promised Land (Deuteronomy 7:13).

Olive oil was used extensively in biblical times for cooking. It was an essential part of everyone’s diet, as is shown in the Bible by the repetition of the oil (Hebrew, yitzhar), wine, and grain trio (e.g., Deuteronomy 7:13; 11:14; 12:17; 18:4, etc.). Olive oil was mixed with flour for cakes, was used for frying meat, and eaten with bread and stews. It was also used for lighting: “Pure olive oil beaten for the light” (Exodus 27:20).

Olive oil was also used as a cosmetic. Anointing with olive oil gave the face a young and happy look:“Wine that cheers the hearts of men and oil that makes the face shine” (Psalm 104:15), and “Let your clothes always be white and your head never lack anointing with oil” (Ecclesiastes 9:8).

In Biblical times, olive oil was used to soothe and lubricate the body, to heal wounds and bruises:“From the sole of the foot even to the head there is no soundness in it: wounds, welts, and open sores. They have not been closed, neither bandaged, neither soothed with oil” (Isaiah 1:6).

In Israel olive oil was used as currency, and farmers paid the owner of the olive press in oil. The Bible also tells us that olives and olive oil were exported from Israel to Egypt: “And oil is carried into Egypt” (Hosea 12:1).

Olive oil was considered to have special holy qualities and was used to anoint the kings of Israel and the kings of Judea.

To build the first Temple, King Solomon gave Hiram, king of Tyre, olive oil as payment for the cedar and cypress trees and the gold he purchased from him, as it is written: “And twenty measures of pure oil year by year” (1 Kings 5:11). Solomon not only gave Hiram oil, but also towns in Galilee that were engaged in the oil business: “Then King Solomon gave Hiram twenty cities in the land of Galilee” (1 Kings 9:11).

When Rehoboam, king of Judea, was setting up his kingdom, he built emergency storerooms, as we read: “He fortified the strongholds, and put captains in them, and stores of food, and oil and wine” (2 Chronicles 11:11).

In the heroic battle of the Jews against the Romans, the Jews used oil as a weapon. In the battle of Yodfat, Joseph, son of Matthias, commander of the revolt in Galilee, ordered boiling oil poured on the Romans as they attacked the walls of the city.

In the period of the Mishna and the Talmud, oil was the main export of Jewish farmers in Galilee. The economic activity of the oil industry was concentrated in the hands of a number of rich men, including Rabbi Judah Hanassi.

"…Blessed be Asher above sons; let him be the favored of his brethren and let him dip his foot in oil” (Deuteronomy 33:24)