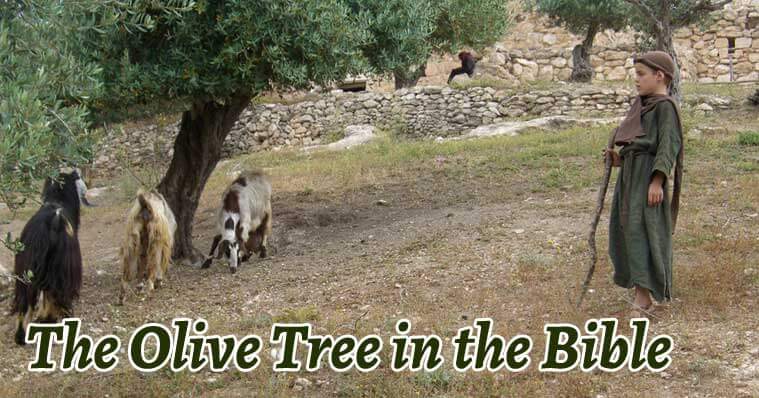 The Olive Tree is Mentioned Countless Times in the Bible

The olive tree is mentioned countless times in the Bible, conclusive proof of the connection between the people, the land, and the earth. Here are some examples.

The olive is first mentioned in the story of the Flood, when the dove that was sent by Noah from the Ark, returns with an olive leaf: “And the dove came in to him at eventide, and lo in her mouth an olive leaf freshly plucked” (Genesis 8:11).

Even before the conquest of the land by the Children of Israel, the olive tree is mentioned as their inheritance: “And it shall be when the Lord

“thy God shall bring thee into the land which He swore unto they fathers, to Abraham, to Isaac and to Jacob, to give thee –

And indeed, when they conquered the land, the Children of Israel did find there “vineyards and olive trees, which thou did not plant.” When the tribes settled the land, the tribe of Asher received its inheritance in the Galilean mountains, which were blessed with an abundance of olive trees. When blessing the leaders of the tribes, Moses said to Asher: “Blessed be Asher above sons; let him be the favored of his brethren and let him dip his foot in oil” (Deuteronomy 33:24).

The olive is also mentioned in the parable of Yotam, and we can learn of its great importance from

the fact that the olive was the first plant to which the trees turned when they sought to anoint a king over themselves: “And they said to the olive tree, ‘Reign over us.’ But the olive tree said to them, ‘Should I leave my fatness, with which by me they honor God and man, and go to wave back and forth over the trees?’” (Judges 9:8-9).

The olive tree was revered in the biblical period for its glory, the freshness of its evergreen leaves, and the strength of its roots that can even penetrate rocks. The prophet Jeremiah described it thus: “The Lord called your name, A green olive tree, beautiful with goodly fruit” (Jeremiah 11:16).

The prophet Samuel also mentioned the olive tree: “He will take your fields, and your vineyards, and your olive groves, even their best” (1 Samuel 8:14).

King David appointed special ministers over the olives and the treasures of oil: “And over the olive trees and the sycamore trees that were in the lowland was Baal Hanan the Gederite” (1 Chronicles 27:28).

Olive Trees in the New Testament

The olive tree is mentioned three times in the New Testament.

Paul used the grafting of wild olive branches into the natural tree to describe the process of gentiles coming to faith.

“But if some of the branches were broken off, and you, being a wild olive, were grafted in among them and became partaker with them of the rich root of the olive tree”
(Romans 11:17).

And then “For if you were cut off from what is by nature a wild olive tree, and were grafted contrary to nature into a cultivated olive tree, how much more shall these who are the natural branches be grafted into their own olive tree?” (Romans 11:24).

Revelation draws upon Zechariah 4:3ff as a symbol for Zerubbabel and Joshua the high priest, as the divine appointment of these the two witnesses:
“These are the two olive trees and the two candelabra that stand before the Lord of the earth” (Revelation 11:4).