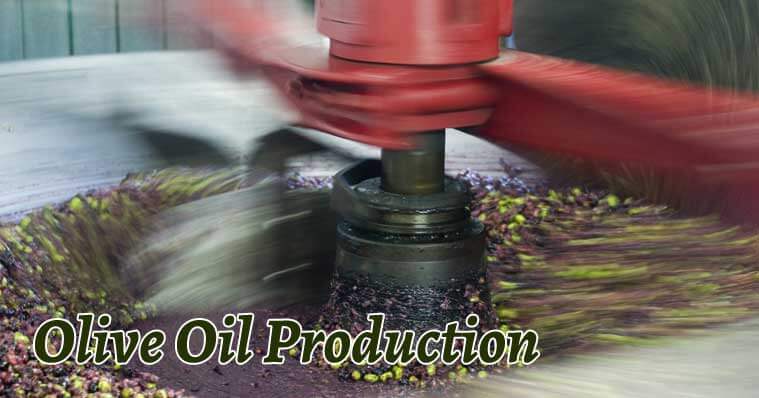 The olive press is required to extract the oil from the olives with the best quality possible.

Throughout history, oil production has been in three stages:

In the Biblical era, the olives were crushed on stones, while in the period of the Kings of Judea and Israel, methods were more sophisticated, such as crushing the olives in a rectangular basin using rollers or pestle and mortar.

There is archeological evidence of olive presses in Israel from 3300 BCE at biblical sites such as Megiddo, Gezer, Lachish, and Beit Shean.

The pulp from crushing was put into flat bags, referred to in the Mishna as “akalim.” Heavy stones were laid on top of the bags, or people trod on them to squeeze out the oil. The oil flowed through holes in the bags to a collecting cistern that was carved out of the rock and filled with water. The oil rose to the surface of the water and was collected and stored in pottery jars.

According to evidence from the Biblical period, the methods of producing oil and wine were identical, and oil and wine are often mentioned together in the Bible: “And the vats will overflow with new wine and oil” (Joel 2:24).

The use of the presses and cisterns suits the

order of agricultural work, according to the saying: “As the wine harvest ends, the olive harvest begins.”

The machinery of the olive press developed, although technical development was very slow, and old methods continued to be used almost to the present day.There were small improvements and new methods were occasionally introduced, but the basic process continued to be used from time immemorial.

The beam and weight method for squeezing the pulp was developed in early times. The beam was a large branch, which served as a lever. One end was anchored in a socket in the wall and weights were hung on the other end. The bags of olive pulp were laid in a tall pile with the weighted branch pressing down on top of them. The oil flowed out of the bags into the collection pit. The earliest collection pit was found in the Gezer dig. Not far from there, at Ekron, archeologists found no less than 114 such squeezing and collection installations. The earliest beam and weight press in Israel was discovered at the Tel Dan dig, and dates back to the eleventh century BCE.

In the Hellenist period, the fourth century BCE, another method for crushing olives was developed using a large round crushing basin with a lip to stop the pulp from falling out. The olives were crushed by a stone roller, a wooden beam was inserted with the other end tied to a donkey, which walked round and round the basin, dragging the roller over the olives.

In the first century CE, screw technology was invented and used for the crushing installations. The screw was installed over the heavy beam, which pressed down on the olive pulp bags, with the circular action of the screw significantly increasing the pressure exerted by the beam.

When electricity first came to the Land of Israel in the 20th century, 5000 years of traditional production of olive oil came to an end, and a new era of modern olive presses began.

In a modern olive press, oil is produced on a conveyor belt system, from the entry of the olives into the automated system to the bottle-filling process. The olives are first poured from the container that brought them from the olive groves onto a conveyor belt. Bellows remove leaves and small stones. The olives are then washed and then crushed in a machine that turns them into pulp. The olive pulp is mixed and kneaded for half an hour then moved to the centrifuge that separates the water, solids, and oil – each into a separate pipe.

The oil then passes through a system of filters to where it is filled into bottles or other storage containers.

"…Command the Israelites to bring you clear oil of pressed olives for the light so that the lamps may be kept burning." (Exodus 27:20)