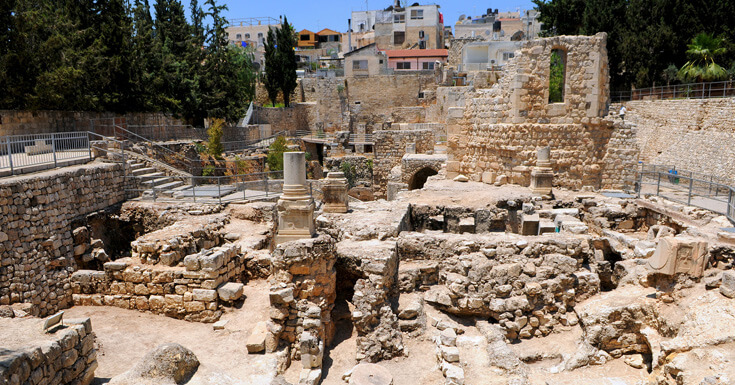 When archaeologist Dr. Eilat Mazar talks about her excavations in Jerusalem, her eyes light up.  She is convinced that the stones she has uncovered in the last six years are the remains of King David’s palace.

Dr.  Mazar believes that she is very close to a rare discovery, one that any researcher in Israel and in the whole world can only dream about.  The Jerusalemite is convinced that on this spot stood the palace that King David received from Hiram King of Tyre in the 11th century BC, in gratitude for fighting the Philistines, their common enemy.

If she is right, it is hardly possible to overstate the importance of the achievement:  support for the assessment that David’s City was not a small, God-forsaken village but a center of government even in King David’s time, as many scholars at the Hebrew University of Jerusalem believe.

This archaeological discovery is also due to the fact that so far no clear archaeological proof has been found that David did indeed head a strong and great royal household, as the Bible tells us.

According to the latest archaeological finds, the inhabitants of the palace were Jews who lived in the Second Temple period and for some reason fled for their lives, leaving behind valuable property.

“This is the Palace”.

According to the Second Book of Samuel, two structures were built during that period:  David’s Citadel and the palace built for him by the King of Tyre.  A building of this size cannot be a private house.  By a process of elimination Mazar reached the conclusion that it could not be a fortress or other government building.  The pottery and other finds from previous excavations in the City of David reinforce the probability that these are the remains of King David’s palace.

The idea to look for David’s palace at the foot of the Dung Gate, which is the nearest to the Western Wall of all the Old City’s gates, took shape in Mazar’s mind over more than ten years, but the excavations only became a reality in the last six months.  “In the years when I worked with grandfather, we used to share our thoughts.  I told him of my idea to look for King David’s palace to the north of the place where people usually thought it was built” she says. 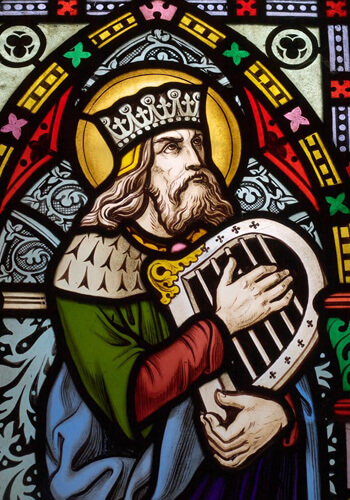 As time passed, she realized that she was starting on the biggest adventure of her life.  Few years back Mazar published an article in the Biblical Archaeology Review, giving details of all the signs that in her opinion indicated that King David’s palace stood exactly where she has now dug – at the exit from the Visitors’ Center in the City of David, facing the Arab neighborhood of Silwan.

Eight more years were to pass until someone accepted this valuable challenge.  His name is Roger Hartog, an American Jewish amateur archaeologist and the owner of the New York Sun newspaper.  Hartok was infected by Mazar’s enthusiasm.   Estimates are that he has invested about a million dollars in the efforts to locate the palace, which have recently borne fruit.