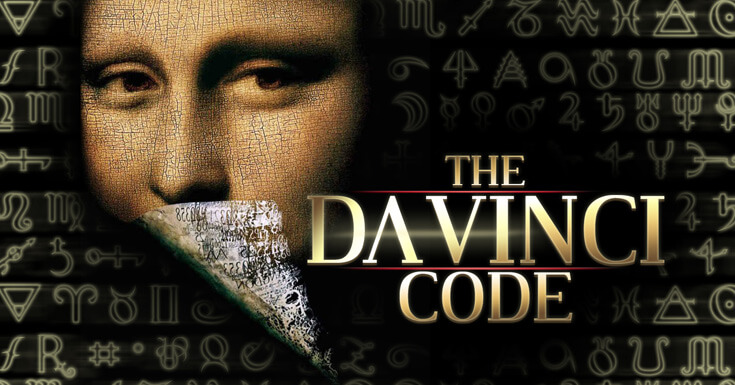 “The Da Vinci Code” Comes To Life in Jerusalem

Rare and mysterious findings in the Temple Mount sewers hint at a link between the Freemasons, the Templars and the Holy Grail.

“The Da Vinci Code”, The best seller  which was first published in 2003, and so far has sold more than 41 million copies, marks the Temple Mount as the place where the Holy Grail was buried, the goblet in which – according to Christian tradition – the blood of Jesus was collected during the Last Supper.

The author of the book, the American Dan Brown, claimed that the “secret” buried in the ruins of Herod’s temple was rediscovered by the Knights Templar, some years after the conquest of Jerusalem during the First Crusade (1099 AD).

As described in “The Da Vinci Code”, the hidden purpose behind the establishment of the Order of Knights Templar was to discover the secret of the Holy Grail.  Brown goes on to claim that the French name for the Holy Grail is in fact a corruption of the words for “the royal blood”, and refers to the blood of Jesus and Mary Magdalene, who married and had a daughter.

According to this theory, the Knights uncovered the documents that were concealed in the Temple ruins, and grew rich from the money they extorted from the Church in return for keeping the secret.  Brown hints that a secret brotherhood, similar to the Freemasons, continued the tradition of the Knights Templar.

Templar Base on the Temple Mount

Scientific research confirms that the Knights Templar built their base on the Temple Mount, around the underground area known as “Solomon’s Stables”; however, any connection between them and the Holy Grail has yet to be proven, according to archaeologists and experts in the history of the Temple Mount.

For the past years, Barkai, an expert in the archaeology of Jerusalem from Bar-Ilan University, and Zweig, a master’s student from the same university, have been examining dusty remains which originated in the Solomon’s Stables area.

Most of the material dates from the Crusader period, and was used as filler on behalf of Moslem rulers who wished to block up holes in the Stable walls.  Recently, the two archaeologists found among the remains a cross-shaped pendant, made of bronze. On the pendant they saw many symbols that could not be deciphered with any certainty.

On one side was a hammer, pliers and nails, and on the other side a symbol resembling the sun and an altar.   But the central image, which immediately draws the eye, shows the Holy Grail, resting on a crown of thorns. 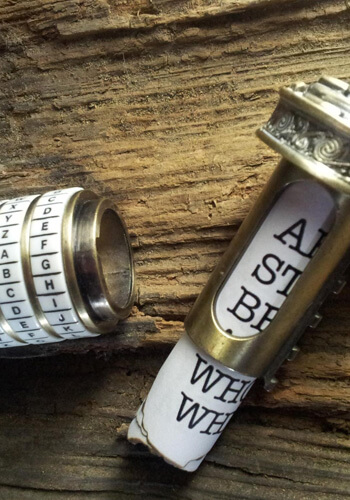 Zweig decided to examine the pendant thoroughly and contacted  Prof. Andrew Prescott, head of the Freemasons Research Center at Sheffield University in the UK.

Prescott examined pictures of the pendant and recently informed Zweig that the symbols do indeed appear linked to the brotherhood.  If the pendant does indeed belong to the Freemasons, there is an indirect link between it and “The Da Vinci Code”.  In his book, Brown states that the Freemasons are the heirs of the Knights Templar tradition.