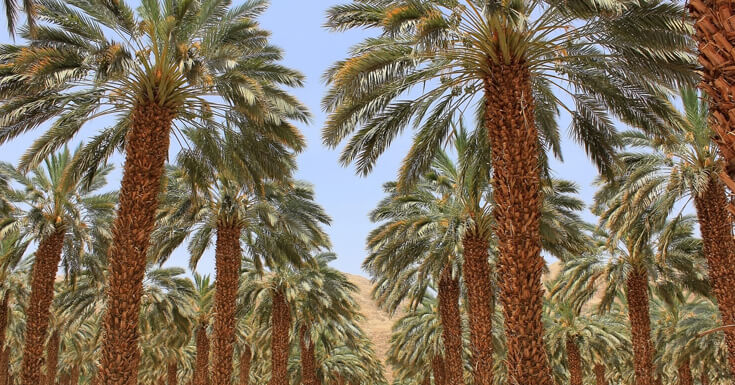 Soon in the Supermarket – Biblical Dates!

The discovery of several date pits from the Temple period and the successful attempt to sprout them mean that in the near future, with a little luck, we’ll be able to eat the same kinds of dates that our ancestors ate in Biblical times.

For over 30 years the date pits that were found in the Masada excavations near the food store have lain quietly.  However, thanks to medical research at the Center for Research into Natural Medicine in the Hadassah Hospital, Jerusalem, they have started sprouting.  “In our research we discovered that in Biblical times there were plants in the Holy Land that were used to treat a whole range of illnesses, that we are still fighting today, illnesses such as cancer, malaria, depression and others” Dr. Sarah Slone, head of the Center, told our reporter.

She adds, “In laboratory conditions we look for the existence of therapeutic properties in plants from the Biblical period, although some of the plants on which we have collected information no longer exist.  For example, the Judean date palms completely disappeared, and the date palms found in Israel today originated in Iraq and California.  During our research, we found to our amazement that ancient pits from Judean date palms that were excavated at Masada had been preserved at Bar Ilan University.”

To assure them of the authenticity of the pits, a sample was sent for DNA testing in Switzerland, where it emerged that the pits dated from about 65 AD, just a few years before the destruction of the Temple in Jerusalem, in 70 AD.  Once the age of the pits had been ascertained, the attempt to sprout them began.  “People said we were crazy”, says Dr. Slone, “since they’d never managed to sprout such ancient pits, but since we live in the land of miracles, we waited for a miracle, and it happened!”

The pits were sent to a small kibbutz in the southern desert of Israel, close to the Red Sea, in order to provide optimal conditions for sprouting.  Some weeks after the sprouting process began; a beautiful green plant had grown to a height of 30 cm.  The growers immediately gave it the nickname of Methusaleh, in honor of its ancient origins. “We hope this plant will grow into a tree” says Dr. Slone, “so that in future we’ll be able to plant a grove of Judean date palms, examine their medical properties, and enjoy the unique gastronomic experience of eating exactly the same fruit that was eaten by the inhabitants of Masada and Jerusalem, before its destruction.” 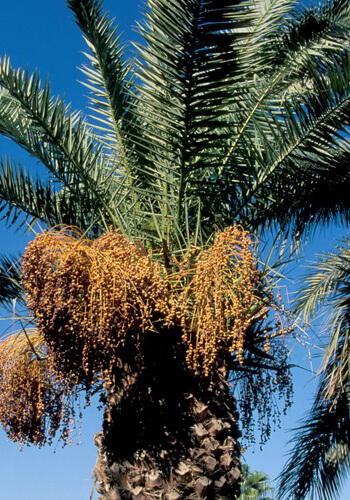